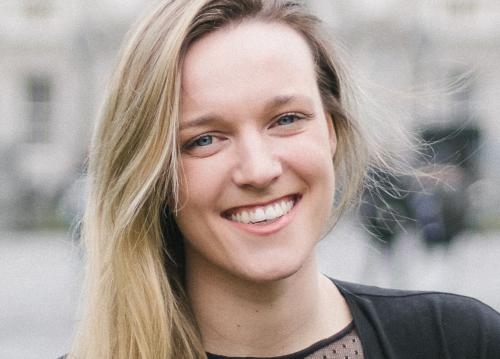 Aisling graduated from Trinity in 2015 with a BA in music where she also was the event coordinator for Ireland's largest student-run charity event, Jailbreak. During university, Aisling spent time in India where she saw first-hand the devastating social and environmental effects of the fast-fashion industry, and the concept for Nu was born. She worked briefly as a media planner while also working as part of the One for Ireland team in the first year of a now annual charity event which encourages everyone in Ireland to donate €1 to a chosen cause. She also took part in the Trinity business incubator programme, Launchbox, and received a silver award in the retail category of the Bank of Ireland Start-up awards. In January 2017 Aisling joined the Enterprise Ireland New Frontiers programme in DIT and began working on new full-time.

The Nu Wardrobe is an online clothes-sharing platform founded by Aisling Byrne. The idea is simple; look good. Save money. Reduce waste. The Nu beta trial has just been launched in universities across Ireland and will soon be heading to the UK. Nu aims to pioneer a new system of sustainable fashion consumption in the age of fast-fashion.