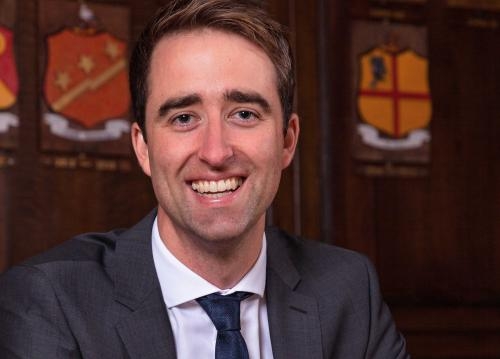 Darren Ryan is CEO of Social Entrepreneurs Ireland. His driving passion is to unleash the power of entrepreneurship to solve Ireland's biggest social problems. Having spent the past seven years working closely with some of Ireland's leading social entrepreneurs, witnessing first hand their dedication, bravery and exceptional talents, Darren believes that Ireland has the potential to become the global leader in social innovation.

Darren also recently became the Chair of the board of SOAR, an Irish social enterprise that works to develop emotional resilience in young people. Passionate about entrepreneurship, Darren is also a committee member of the Ireland Funds Young Leaders and previously served as the Dublin Ambassador of Sandbox, a global network of entrepreneurs and innovators.

In 2013 Darren was listed in the Top 30 Under 30 Entrepreneurs in Ireland and in 2016 was named among the ‘Ten Top Outstanding Young People in Ireland’ by Junior Chamber International. In 2017 he was awarded a Fellowship Award by the Harvard Business School Club of Ireland based on his leadership role in the area of social entrepreneurship in Ireland.

Beginning his career in the area of overseas development, after graduating with a BA joint Honours Degree in Economics and Politics from Trinity College Dublin, Darren spent time working in South Africa and Kenya. In 2009, when there were so many changes taking place in Ireland, Darren re-focused his attentions on social change closer to home. He sees the combination of entrepreneurship and social impact as the perfect way to bring his two passions in life together.