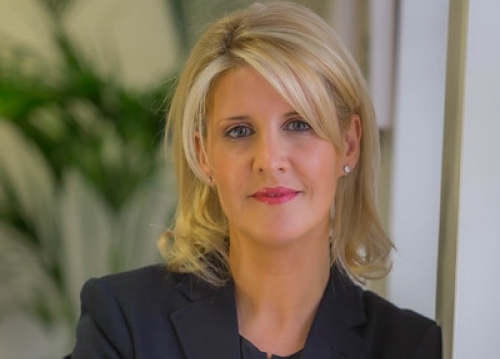 Karina Howley, studied in the National University Ireland, Galway and completed an Arts Degree in English and Sociology & Politics, afterwards she studied a higher Diploma in Applied Communications. In 2005 she returned to NUI Galway and was awarded a first class honours Masters of Journalism and her thesis was on ‘Corporate Social Responsibility’.

For the last 12 years Karina has been the Head of Corporate Citizenship & Diversity for KPMG Ireland. Through Karina’s tenure KPMG Ireland has developed a robust Corporate Citizenship programme and has won a variety of CSR Awards over the last number of years: in 2013 and again in 2017 KPMG won the overall “Outstanding Award” for best company at the Chambers Ireland CSR Awards.

Karina set up Enactus Ireland in 2011 and is the Company Secretary for the organisation which now employs four people, has 10 third level institutes participate and showcases best practice social entrepreneurship in Ireland at the World Cup held internationally each year.

Prior to joining KPMG, Karina worked for the multinational company Intel for 14 years in a variety of roles from Community Relations Manger, to Media Spokesperson to Government Affairs Manager & European CSR Manager.

Karina was the Chairperson of the Chambers Ireland CSR Policy Council from 2011-2019 and actively works with Business in the Community Ireland. She is also a member of the government led CSR Stakeholder Forum and is a member of Chambers International CSR Council.