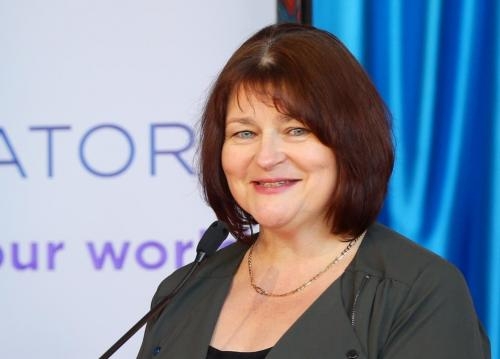 In 2001 I co-founded Young Social Innovators (YSI), which is now the largest civic and social innovation education initiative for teenagers in Ireland. Since then, the organisation has innovated new opportunities for young people to use their creativity to innovate for the good of their community and beyond.

Following my passion for the visual arts I was fortunate to be one of the first official Communications graduates in Ireland (thanks to Communications being offered at third level). Specialising in video production, I worked as a film editor in UNESCO Paris for a period & then returned to Ireland to work with Sr Stanislaus Kennedy researching homeless women in Dublin. In 1985 with her, I co-founded Focus Point which is now known as, Focus Ireland, a national ngo, which works to prevent and alleviate homelessness in Ireland. My focus primarily was on communications, research, education and new service development and I worked as Managing Director of Focus Ireland for some years.

I learned and lived all aspects of social innovation there and also through working with many other NGOs as a Consultant. All of which helped form my thinking and ideas around creating a national programme which would engage teenagers in social issues and social service activity. I also formed thinking around the essential elements of social innovation which became known as the Social Innovation Framework for Learning. This forms the basis of YSI's work.

New initiatives, including working with clusters of schools in geographic areas, present opportunities to embed social innovation skills area by area now and into the future. YSI is now bringing its framework and programmes internationally as it begins in the Lebanon this year and is planning the opening of the first  Social Innovation Learning Lab in Dublin shortly!

Ireland needs to find real impactful solutions in its current economic crisis and, I believe that when young people have the tools to think, design and respond to social issues and challenges, Ireland will be enabled to rebuild its economic and social well-being.