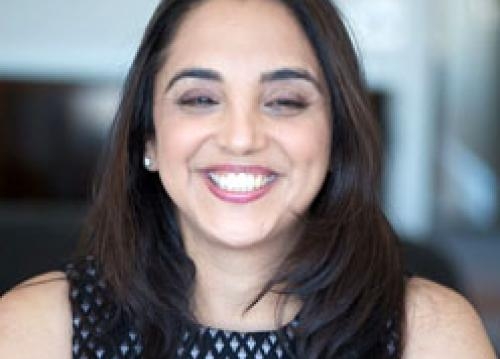 Sheena S. Iyengar is the S.T. Lee Professor of Business at the Columbia Business School. She teaches across wide variety of topics, including leadership, decision-making, creativity, innovation, and the impact of globalization.

Considered one of the world's leading experts on choice, Dr. Iyengar’s core research focuses on the psychology of choice and decision-making, addressing how humans face challenges in a world where they are inundated with options. Her research regularly appears in premier academic journals and her book, “The Art of Choosing,” received one of the six Financial Times and Goldman Sachs Business Books of the Year 2010 awards, and was ranked #3 on the Amazon.com Best Business and Investing Books of 2010. Dr. Iyengar received the Presidential Early Career Award in 2002, and has been voted among the Top 50 most influential business thinkers by Thinkers50 and rated one of the world's best B-School Professors by Poets and Quants. Her research is regularly cited in the popular media, including the New York Times, Wall Street Journal, the Economist, and BBC. Dr. Iyengar has also appeared on television programs like the Today Show, the Daily Show, and Fareed Zakaria’s GPS on CNN. Her TED Talks have collectively received over four million views and her research continues to inform markets, businesses, and people all over the world.

Dr. Iyengar graduated from the Wharton School at the University of Pennsylvania with a B.S. in Economics and a B.A. in Psychology and received her Ph.D. in Social Psychology from Stanford University.